Deprecated: The each() function is deprecated. This message will be suppressed on further calls in /home/customer/www/andersonhospital.org/public_html/administrator/components/com_seoboss/lib/Snoopy.class.php on line 651
 Determined: A Story of Dogged Determination - Anderson Hospital

Determined: A Story of Dogged Determination

Determined: A Story of Dogged Determination 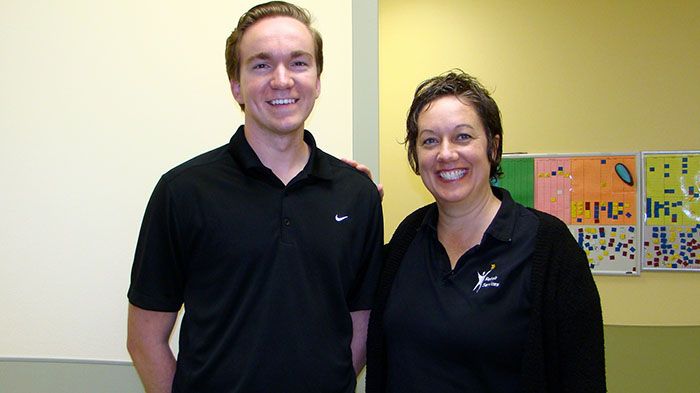 This story really needs to start from the beginning. Go back with me to the year 2002 when a younger Natalie Head had the privilege of writing a story for the Summer Health & You about an outstanding speech therapist and a very special boy with a rare speech disorder who overcame the odds. Through the dogged determination of both therapist, patient (and patient’s family) this dynamic duo made history. Michael started to speak. Don’t let me ruin the story, read on…

If the word "determined" was to be defined through a picture, it could definitely be a photo of the Horton family of Prarietown, Illinois. Back in 1999, Denise and Bob Horton felt that their youngest son Michael’s speech problem was more than him just being a late talker. 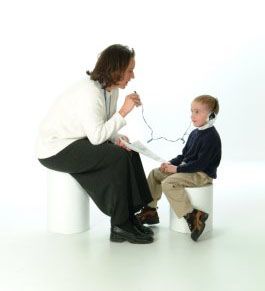 In May of 2000, Michael was formally diagnosed with a rare speech disorder called Apraxia. "Children with apraxia have difficulty putting together the movement patterns and sequences needed to produce sounds, syllables, or words," says Ms. Horton. "They cannot make their mouths translate what their brains want to say." In other words, verbal communication was impossible for their son.

Once Michael was diagnosed, their insurance provider denied speech therapy based on the severe apraxia diagnosis. The reason being that severe apraxia was considered by them as a long-term disorder and that therapy would not be beneficial. However, Michael's parents did their research and knew that many children with apraxia were capable of learning to speak and communicate effectively with early intervention. After three denials by the insurance provider, the Hortons had their opportunity to appear at a formal hearing to present Michael’s case. After the voting was tallied, Michael was awarded therapy. Ms. Horton then went to work researching speech therapists, and one name kept coming up…Judy Savant, a Speech Pathologist with Anderson Hospital.

Ms. Savant is a graduate of the Southern Illinois University at Edwardsville's Speech Pathology Masters program. Originally planning a career in physical therapy, she went into speech pathology because of its many facets. "It must have been my destiny," she says. "I'm glad I followed this path." At Anderson, Ms. Savant sees a variety of patients and diagnoses. "The majority of my caseload is pediatric," says Judy. "Children make this job fun."

But in reality, it is Ms. Savant that makes the sessions fun for kids. "Mike doesn't know he's working when he's in therapy sessions with Judy," says Ms. Horton. "It's almost like a play-date. He is relaxed and open to learning when he's with her." But it's not all fun and games. Therapy is hard work for both the therapist and the patient. "Young children with apraxia struggle to develop speech that other children develop with little effort," says Ms. Savant.

"Judy is very humble when I praise her about her ability to connect with Mike," says Ms. Horton. "But that connection has made all the difference."

Over the past 3 years, the Hortons have worked hard and struggled together as a family to see that Michael received therapy. “Our entire family helped out in one way or another with this battle against Apraxia," says Michael's mom.. With Apraxia, repetition is the key to success. Fortunately for Michael, everyone around him learned the Apraxia program. Even his big brother, Matt, played an important role in helping Michael with his daily “homework”. Denise is also thankful to her employer for being supportive by creating a more flexible schedule that allowed her time needed to dedicate to Michael’s cause. "And thanks to Anderson Hospital, specialized care for kids is available close to home," says Ms. Horton. 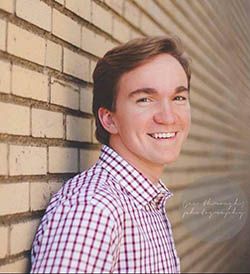 Today Michael's speech is age appropriate, and the most rewarding part of Ms. Savant's job is underway. "We have a few more sounds to work on," she says. "But I foresee discharging him sometime this year." "Graduation" as Michael's mom calls it, might be bittersweet. “These past three years have been amazing. Michael has gone from 0% intelligibility and relying on sign language to communicate with us to 92% intelligibility and functioning in a normal preschool. I guarantee you that without Judy and Anderson Hospital in our life for the past two years, this wouldn’t have been possible. Thank you Judy for going the extra mile for these special needs kids!”

Fast-forward to the present. Mike (as he likes to be called these days) graduated from Edwardsville High School with honors in June 2016. Today he is a Freshman at SIUE and just declared his major: Speech Pathology. “It is a highly competitive major,” said Mike. “But I know that I’m meant for this.” Mike’s uncanny determination is, no doubt, a sign of his upbringing… it may even be genetic! Mike’s mom was diagnosed with brain cancer in 2012 and she, too, has beat unbeatable odds.

Mike’s passion for service and learning is evident through his many volunteer positions including teaching kids to read at the Kumon Learning Center, being a classroom aide at Trinity Lutheran School’s Kindergarten, and now shadowing therapists at Anderson Hospital’s Pediatric Therapy Center. “For Mike to go full circle in life with Judy… I can’t even put into words what that means to me as his mom,” said Mike’s mom, Denise.