Deprecated: The each() function is deprecated. This message will be suppressed on further calls in /home/customer/www/andersonhospital.org/public_html/administrator/components/com_seoboss/lib/Snoopy.class.php on line 651
 Local Boy Scout Brings Light to Hope Monument - Anderson Hospital 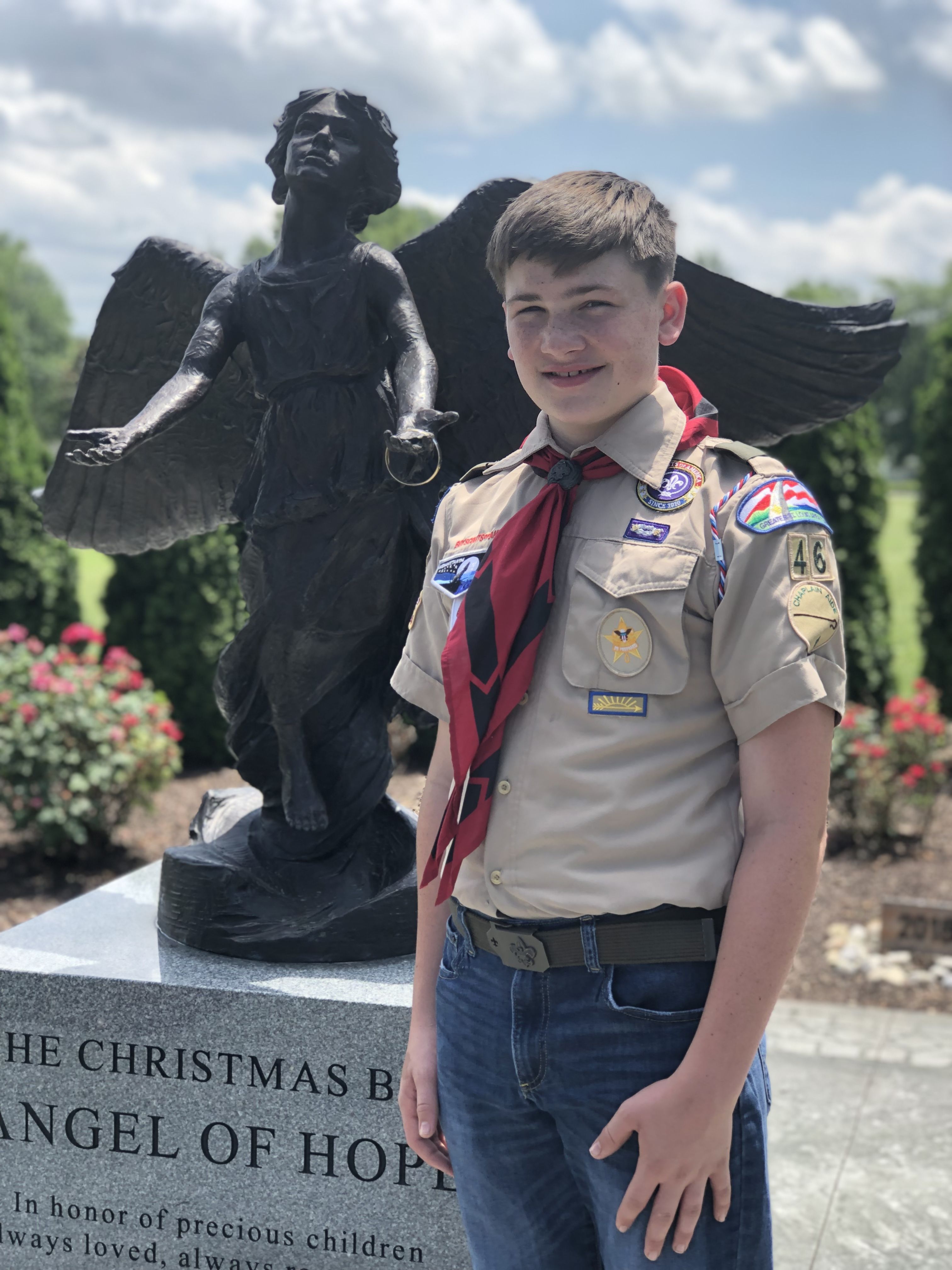 This young man is working hard to earn his Eagle Scout rank -- the highest rank and honor within the Boy Scouts.  Nicholas Branding, 12, of Granite City and Troop 1046 recently earned his Life Scout rank and stands one badge away from earning Eagle Scout.  He will achieve the rank by completing his Eagle Scout-Service Project, which Anderson Hospital is the beneficiary.  Nicholas’ project involves installation of lighting and refreshing landscaping around Anderson Hospital’s Angel of Hope Monument.

The monument, unveiled in 2016, is a solemn place that offers anyone facing grief a place of comfort and solace.  The Share Group, a support group for those whose lives have been touched by the tragic death of a baby through pregnancy loss, stillbirth, or in the first few months of life, helped raise funds for the monument and holds events there each year.

Nicholas’ project is very personal.  His sister, Natalie, was stillborn at Anderson Hospital when he was just 3 years old.  Since then his family has been involved with the Share Group and continues to visit the monument where a brick paver memorializes Natalie.  “This is my way to honor my sister,” said Nicholas.  His project will allow the monument to shine even in the darkest of nights.

Earning merit badges is no small feat. The rank of Eagle Scout requires 21 badges with 13 specific to the rank.  Most Scouts approach the Eagle Scout rank well into their teens.  At the young age of 12 (almost 13) Nicholas has earned 40 merit badges!  One of the Boy Scout laws is, “A Boy Scout must be reverent.”  As “reverence is an attitude of honoring life,” Nicholas is doing just that.

Nicholas plans to work on the project over the summer with hopes to unveil the finished project before the October 5 Day of Remembrance event.